Although the saying is “April showers bring May flowers,” in Trondheim the saying would be more accurate if it was “continuous April downpours bring a vague sense of spring and greenery in May.” It is true that spring has technically arrived in Norway. The ice has been gone since about early March, and nowadays I’m even able to see the occasional cluster of wildflowers. But, be that as it may, winter has yet to fully relinquish its icy grip in Trondheim. The weather was dreary for pretty much the whole month of April, and we were getting so much rain that I felt like, unbeknownst to me, I had moved to Bergen, Norway’s rainiest city and the rainiest city in Europe.

Thankfully, things have definitely improved a bit this month. While we still get more rain than I would like, we have also been blessed with some gloriously sunny days. That being said, it has yet to really heat up. Right now a warm day would be a day that hits 14°C (57.2°F). In fact, the weather has been so cold the last few months that it wasn’t atypical to see a few snow flurries or to get actual snow in late April. However, my co-workers have told me that this May has been unusually cold. And while most people seem to think the weather is getting a bit warmer, as proven by the fact that yesterday my co-teachers and I spent some time admiring the newly shirtless construction workers who are working on a new wing for the school, I still gaze at the temperatures for my hometown in Los Angeles and sigh longingly.

While the temperatures have yet to pick up, the daylight certainly has. Today’s sunrise and sunset times are 3:28 am and 11:02 pm. The result? It never gets fully dark in Trondheim. The closest we get to complete darkness is a sort of hazy blue period between sunset and sunrise. While the sunshine is certainly energizing, it does tend to throw off everyone’s sleep schedules and their schedules in general. It’s difficult to convince yourself to go to bed when the sun is still up, and it’s also hard not to panic when you wake up since the daylight seems to indicate that you’ve slept until about noon.

The resurgence of daylight also means that I’ve stopped getting coupons for free vitamin D pills in my inbox. The handy Norwegian version of Groupon, Let’s Deal, was always sending out coupons for free vitamin D tablets in the middle of winter, something that I generally found depressing instead of helpful. Likewise, the number of spray tans seems to be going down. There are a large number of tanning studios in most Norwegian cities (something that I had stopped noticing until visiting friends pointed them out to me), and while a large number of these studios offer tanning services, I’m also told that they offer light box therapy, or time with specially lamps that help people combat Seasonal Affective Disorder (SAD). 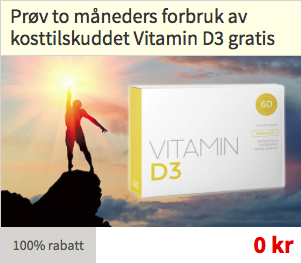 While I certainly welcome the return of the sun, I am also looking forward to some nicer weather. Here’s to hoping that June brings some warmer days.

My family likes to give me suggestions for things to write about, and I was reminded repeatedly that I have not talked about the weather since I wrote Winter is Coming back in October. So here’s a bit more information on what winter in Trondheim is like.

We’ve actually had a fairly mild winter. Temperatures haven’t been that bad and tend to range between -4 and 4°C (24.8 – 39.2°F). So far the lowest temperature that we’ve gotten was -16.7°C (1.94°F) on Christmas. Lucky for me, I spent Christmas in the relatively tropical Vienna.

I would also say that winter has come in stages. We started out with a lot of frost and then transitioned into ice. We only got our first snowfall in late November just before Thanksgiving. The little snow that we have gotten hasn’t stayed around for very long, which means that the Norwegians are particularly sad since it limits their ability to cross country ski. Personally, I’ve never been the biggest fan of snow unless I’m alpine skiing, but I’ve come to embrace it more in Norway. This is for one reason: ice.

Ice is everywhere on the streets. Having lived in Boston for four years I’m accustomed to seeing people salting the roads as soon as snow is forecasted. In Norway, they more or less refuse to salt the roads. I’ve mainly been told that this is for environmental reasons. The Norwegian solution (if you live outside of Oslo and don’t have heated streets)? Gravel. Gravel is almost completely ineffective. The one use case where I’ve noticed gravel working is when there is so much gravel on the ice that there is essentially a new road on top of the ice. But that rarely happens since they do not gravel the streets regularly. To make matters worse, when it gets colder the gravel freezes and becomes trapped in a new layer of ice, thus becoming more useless (you can kind of see this in the picture between the two shoe pictures). To give you an idea of how icy it is, some areas have become ice skating rinks, not because they were actually planned, but simply because there is enough space and enough ice to make it work.

The only real relief happens when it snows. The snow at least gives you some traction on the ice and makes it much less slippery to get around. But you’re probably wondering what the solution is when there isn’t any snow. Well if you’re Norwegian the solution is to do nothing. I kid you not I see people running on the street (and when I say street I should really say poorly done ice skating rink that resembles a street) with regular footwear. Me, the other international students, and the elderly rely on walking incredibly slowly and on traction cleats. These cleats tend to have spikes on them to help your shoes grip the ice more firmly. They aren’t the best solution, but they are definitely better than nothing.

I realize that some of the pictures below may seem pretty, but the white stuff on the roads is almost entirely ice. In some places it’s as thick as about 20 cm (8 in). 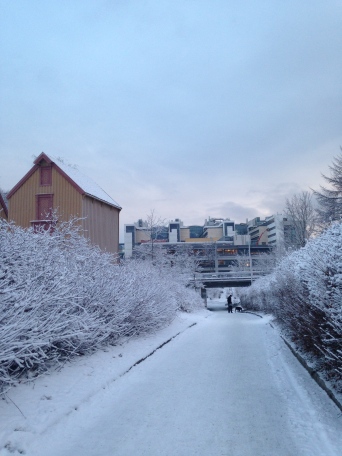 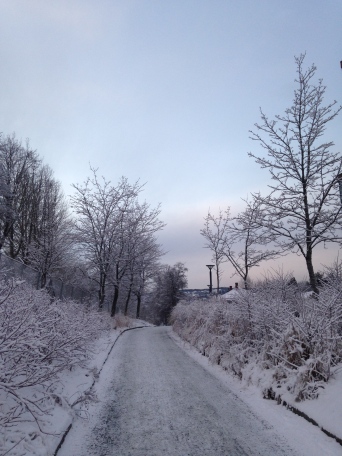 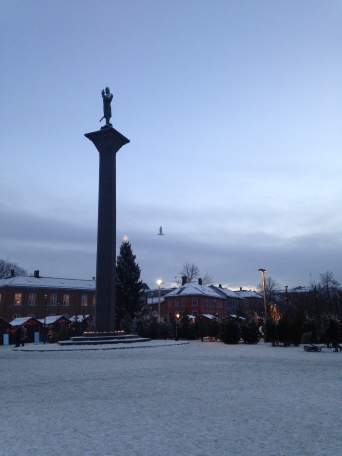 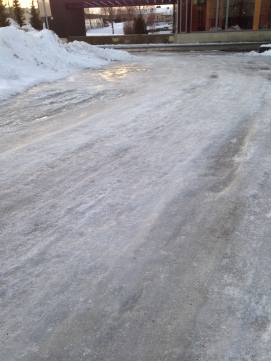 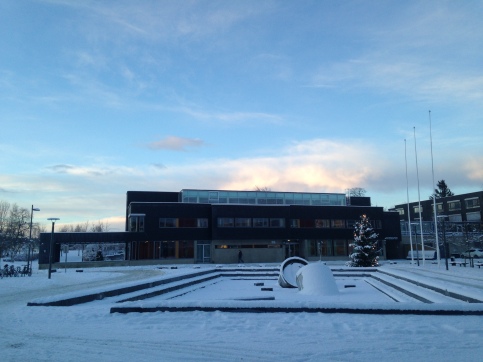 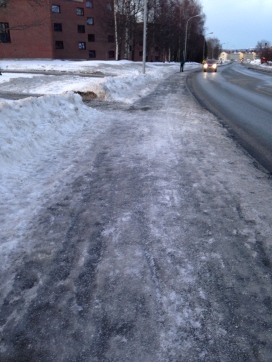 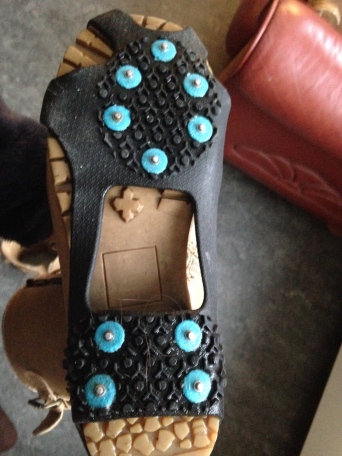 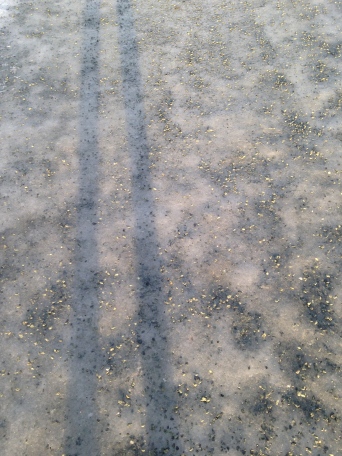 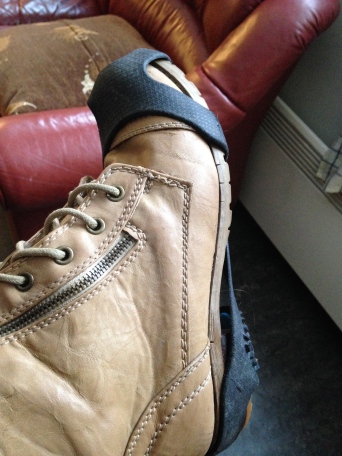 Although adjusting to the ice has been difficult, I would actually say that the most difficult aspect of Norwegian winters is the lack of sunshine. Our shortest day of the year was December 22. Sunrise was at 10:02 am and sunset was at 2:32 pm. That means on some days I would go to school to teach an 8 am class and leave school before sunrise. It’s a little disorienting to finish work before the sun is even up. But as with most things, the lack of daylight has a silver lining. I have seen some gorgeous sunrises and have really come to appreciate the sun. Not to mention, I could be farther North. At least I have the sun.

These days the daylight is coming back at a rate of about 6 minutes per day, so it won’t be long before things fully transition from polar night to midnight sun. But until then, I shall continue to pop vitamin D pills and to wear my traction cleats.

This week I took a short trip back to Oslo for what is arguably one of the most important Norwegian events of the year: the Nobel Peace Prize Ceremony. Unfortunately I like to work through my blog chronologically, so you’ll have to wait a post or two before I talk about that. Sorry!

So, starting from beginning, I took the train down to Oslo from Trondheim and it was yet again another lovely experience. There was however one key difference between this time and the last time: the amount of sunshine I was exposed to. Because of the decreasing amount of daylight and the fact that I was moving North (where we have less daylight) to South (where they have more daylight) I effectively had a longer day with a very long sunrise and sunset. Unlike my last trip, I was able to witness the start and the close of the day all from the train. Overall, I thoroughly enjoyed chasing the sun and basking in the extra two hours or so of daylight. Oh, and it helped that the scenery still remains breathtaking. 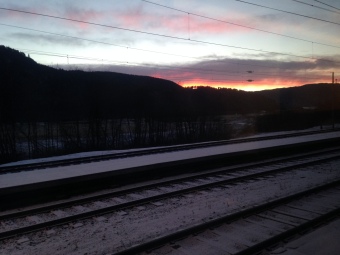 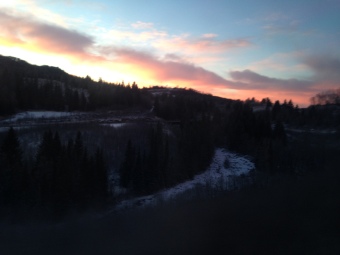 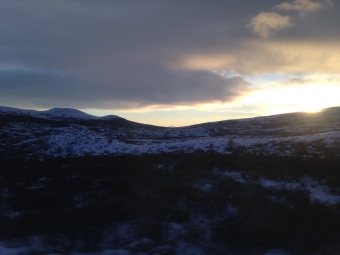 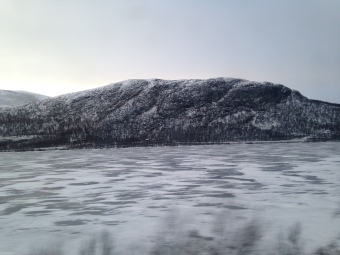 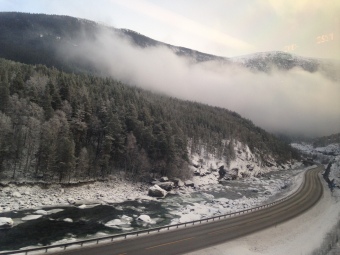 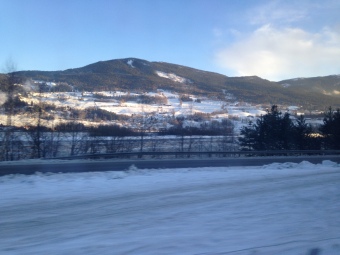 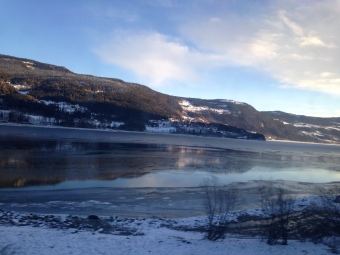 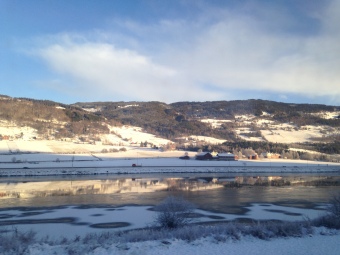 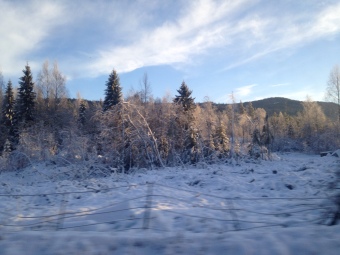 Lud, one of the Roving Scholars, and his wife Susan were my hosts in Oslo and they helped me pick out a few new spots to explore in the city. Once I got settled in, Susan and I went to one of Oslo’s bigger Christmas markets, or julemarked, on Karl Johans Gate (Oslo’s main street). While I abstained from buying things, it was wonderful to walk around and soak in the sights and smells. There was of course knitwear (hats, gloves, scarfs, sweaters, etc.) for sale but there were also animal pelts, tourist trinkets, and food. I adore food and was excited to see the caramelized nuts, baked goods, chocolate, reindeer, cheese, and even moose burgers on display. While I was tempted to try the moose burgers I ended up deciding against it due to the excellent meal that Susan had already fed me. 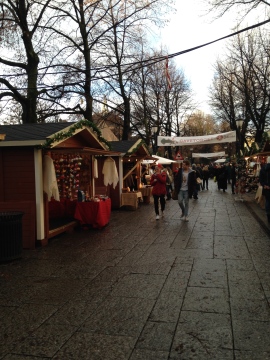 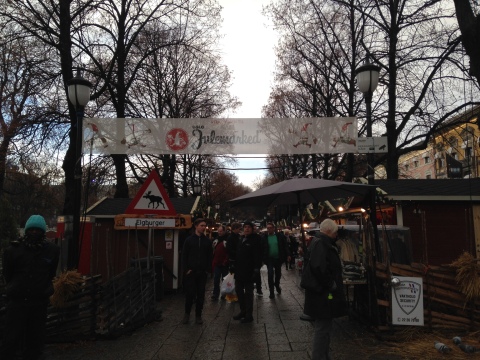 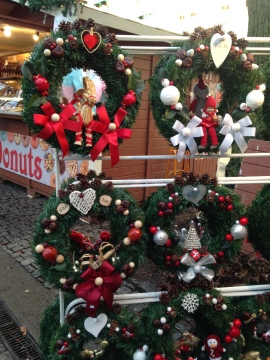 Unfortunately I will not be talking about Game of Thrones in this post, just the fact that winter is slowly but surely arriving in Trondheim. When I first came to Trondheim in August, the weather was unseasonably warm at around 26°C (80°F). By around mid-September, temperatures hovered around 12°C (53°F), and now they have sunk to 6°C (42°F). I have officially abandoned any and all attempts to look stylish and have now settled for bundling myself in layers and puffy garments. Sadly, the weather statistics on Trondheim tell me that the temperature still has a ways to drop. In January, temperatures reach their lowest at around -16°C (3°F).

When I vaguely protested the state of the weather to one of my European cousins I was called a pansy (to be honest, I was more surprised at the fact that pansy is still considered a modern day insult than the fact that he was poking fun at me). So, in an effort to recognize that winter is in fact considered a normal season, I’ve now decided to try and put my Californian habits aside and suffer in silence. At the end of the day I’ve lived through -16 degree weather so it’s more a matter of resigning myself to the cold.

On a related note, the amount of daylight is also starting to change. Trondheim loses the vast majority of its daylight in October so things are slowly but surely starting to transform. I lose just over 6 minutes of sunlight every day, or an hour about every week and a half. While I lose an equal amount of sunlight in the morning and in the evening, it feels as though I’m losing the majority of the sunlight in the morning. This is largely because sunset used to occur so late. Instead of seeing the sun set at around 11 pm, sunset now seems much more reasonable at around 6 o’clock. In contrast to this, having sunrise at 8 am instead of 5am is a bit more disconcerting.

Although Trondheim loses most of its daylight in October, I still have plenty of daylight left to lose even after October has come and gone. Trondheim gets its lowest amount of daylight towards the end of December, when I’ll get around a mere four and a half hours of sunlight. If you’re interested in learning more about the changes in daylight you can check out this website.