The next day we decided to stick a bit closer to Bergen. We took the car on a quick drive out to the local stave church, Fantoft. The church was closed but the three of us still enjoyed getting to walk around the exterior. As you can see, the church and its craftsmanship are pretty incredible considering that it was originally built and designed in 1150. 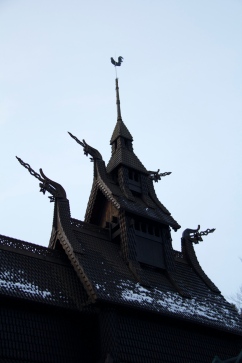 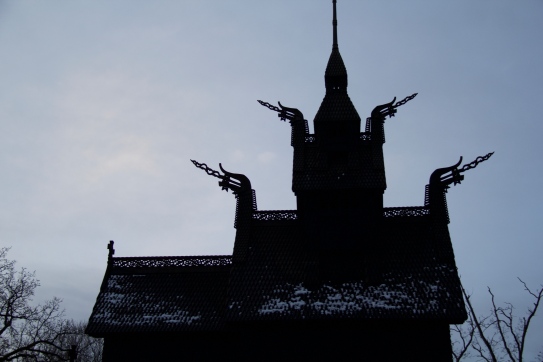 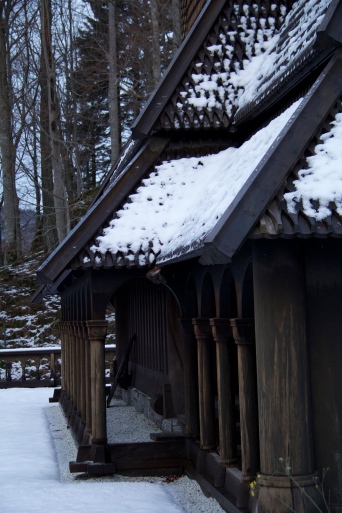 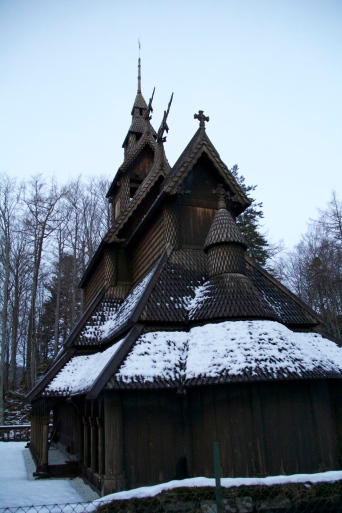 Afterwards, we headed to Edvard Grieg’s house. Kyle had warned me that the museum would be closed, but he also said that it would still be worth walking around the property. So we stopped by, and to our great surprise the administrators of the museum even offered to open up the house for us. We didn’t really want to disturb them so we opted not to take them up on their offer, but we did have a good time slipping and sliding around Grieg’s fairly icy property. 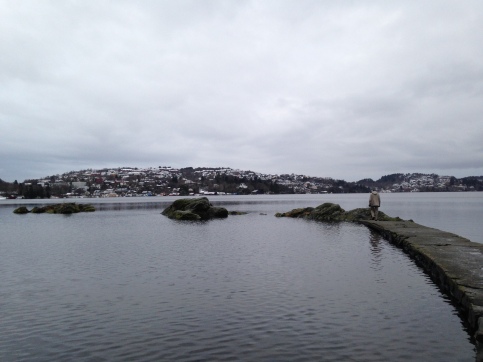 After we had paid homage to Grieg we set off in the car. Chris wanted to check out more of the surrounding Bergen area so we drove out to one of the peninsulas around Bergen past Straume and North towards Ågotnes. Unlike our drive yesterday, there was no snow in sight. I suppose it’s a perk of being right on the water. If you want a better idea of where everything is, it is all pinned on the Map page. 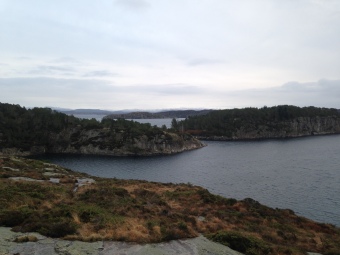 Because it was rapidly becoming dark, we decided to return the car around 2pm and walk around Bergen (sunset was around 3:30). First we stopped by Bergenhus Fortress which was closed (again most things seem to either have reduced hours or are closed after August/September). After that we walked around Bryggen and spent some time in the shops there. Bryggen was definitely not as bustling as it was when I visited around August, but it was also nice not to be surrounded by tourists. Alix has also been trying to convince me for weeks that I need to wear a hat outside. Well Alix finally won the hat battle in Bryggen. The three of us wandered into a fur shop and with some encouragement from Alix I walked out with a wool and rabbit hat. It wasn’t exactly the tourist item I thought I’d leave Bergen with, but I admit that it has kept me warm. 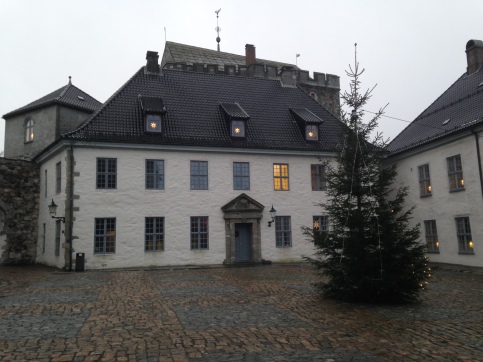 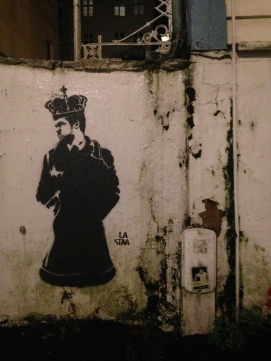