The 17th of May! Also known as Constitution Day, or in norsk syttende mai. The 17th of May is the Norwegian equivalent of America’s 4th of July, and although both holidays definitely have some overlap in the ways they are celebrated, there are also some notable differences.

One of the first things that I noticed right off the bat is that the 17th of May is a formal holiday. In America, our national day is celebrated in things like shorts and bro tanks, while in Norway, many Norwegians get dressed up in their bunads, or traditional Norwegian clothing. In Norway, a bunad is considered the most formal piece of clothing that you own–even more formal than black tie–and they are usually only worn for the 17th of May and for special events, such as weddings. The clothing itself is spectacular. Yards of intricately stitched wool is worn (which my co-teachers have told me is warm but incredibly heavy). I noticed that it was mainly the women and children who wore their bunads, while the men tended to prefer suits. Unfortunately, it was difficult for me to get any really good pictures of the bunads without seeming creepy, but you will still be able to get a sense of what they look like in the pictures. You might also notice that there are different types of bunads. This is because each region in Norway has its own traditional bunad pattern and design, with some being considered more desirable than others. I have to admit that I thought the bunads were marvelous, and I even half entertained getting one, at least I did until I casually asked one of my co-teachers about the cost. I was floored. For an authentic bunad, one that is done by hand and follows a particular set of traditional guidelines, the cost is around 20,000 NOK (2566.54 USD). Because of the exorbitant cost, it’s rare for people to buy the authentic versions. Children are usually given them (since they are smaller and less expensive) and young adults are usually given one at their confirmation (in their late teens). Because it’s not uncommon for adults to grow out of their bunads, it’s not unheard of to get a new one, although most people will then buy a cheaper and less authentic version.

Additionally, I would also say that the Norwegian national day is much more community and family oriented. Many people go to the day’s parades with their family or local groups, and because things are so community oriented, the festivities seem to be much calmer than they are in the United States.

However, one big similarity to the 4th of July is the parades. Parades are clearly the highlight of the day, although there were also a number of memorials, services, and performances going on throughout the day. The parades in Trondheim broke down into three different groups:

Because May 17th fell on a Sunday, a visiting friend, Olivia, and I decided to sleep in, thus missing barnetoget. We did however manage to make it to the city center with plenty of time to spare for folketoget. I even brought a small Norwegian flag with me. This didn’t fool many people though. I think the big indicator that Olivia and I were American was the way we answered the cheer, “hip hip.” The two of us would respond with “hurray,” while the Norwegians would shout “hurrah.” Oh, well. 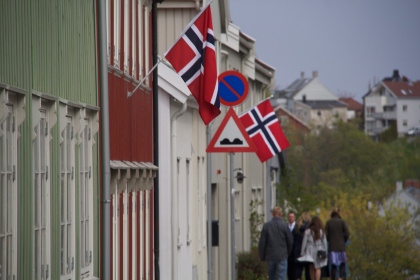 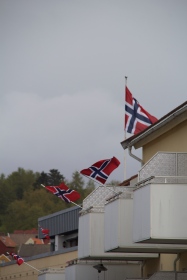 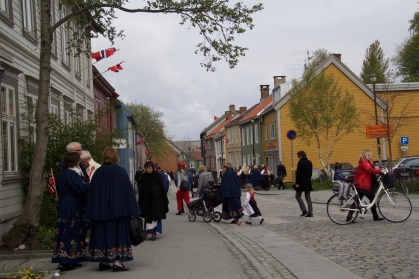 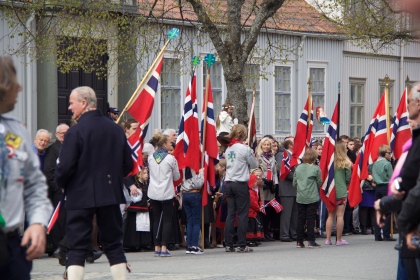 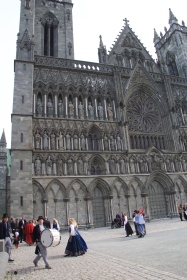 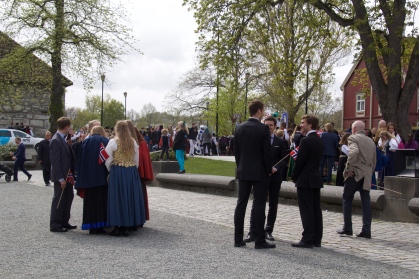 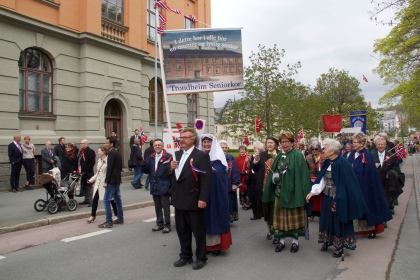 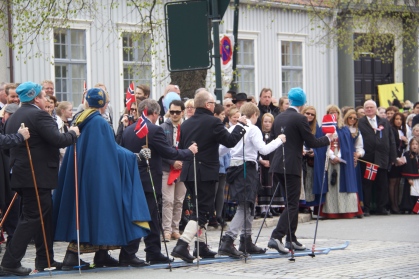 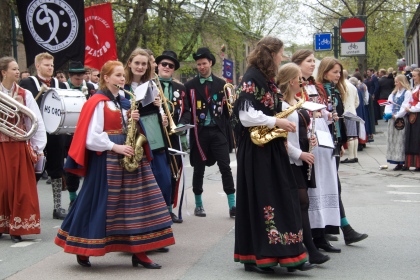 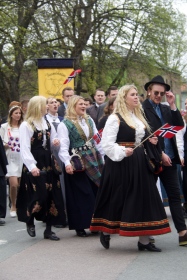 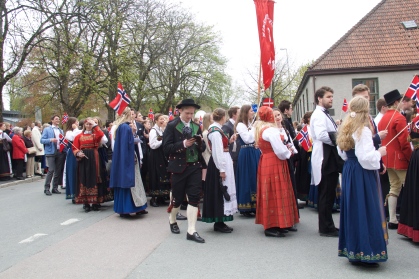 Folketoget was definitely an interesting parade to watch. There were so many different community groups that I didn’t even know existed in Trondheim. My favorite marchers were the ones in the photo above who marched on what I can only describe as a set of group cross country skis.

Afterwards, Olivia and I decided to have lunch in town before looking for the russ parade. We didn’t have to walk far before we found them–though I suppose we technically heard them before we saw them. The russ has gathered in a parking lot towards the beginning of the parade route and seemed to be having a blast. It was neat to see how even though all of these kids were collectively celebrating russ, each school was doing so in its own unique way. I was particularly impressed with the bunch that managed to all have Hello Kitty balloons.

Luckily, we didn’t have to wait long before the russ began their parade–and my students were actually the ones leading the charge! Their collective enthusiasm was both infectious and hilarious to watch. The students ran around and had plenty of parade floats, flags, confetti cannons, and of course, russ cards. I had shown Olivia my collection of russ cards, but my collection paled in comparison to the ones the children had. The average collection had to be about three inches thick, and many children simply shoved their collections into large plastic bags because they were simply too big to hold in one hand. Watching the children follow the russ go by was also interesting. It was clear that the kids idolize the russ students and look forward to one day being old enough to participate.

Now that the 17th of May, and thus russ, has come and gone, I even admit that I sometimes miss seeing the russ around with their bright red overalls and hearing advertisements for Russ playlists on Spotify. Still, it’s also nice to have everything settle down and returned back to normal. If you’re interested in hearing a different 17th of May perspective, definitely check out this post done by my friend and fellow Fulbrighter, Lud Baldwin. 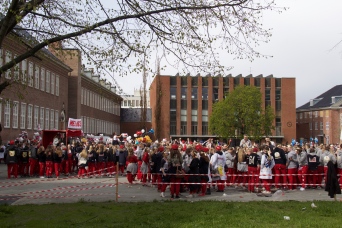 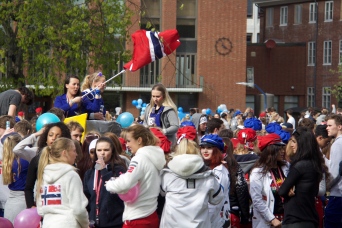 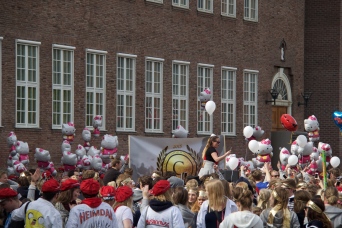 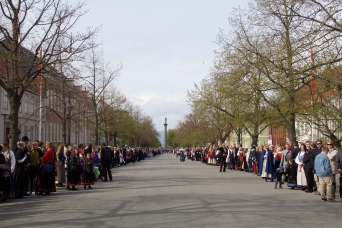 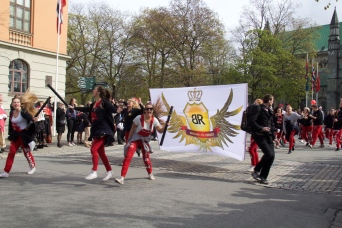 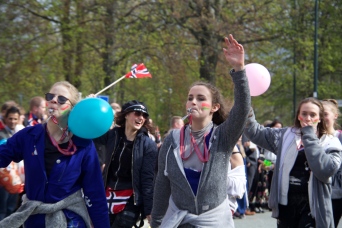 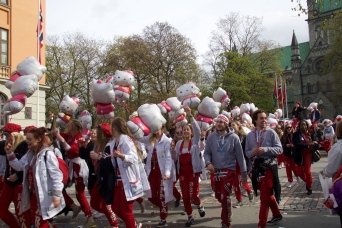 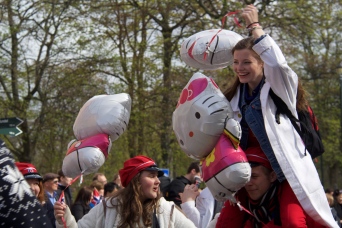 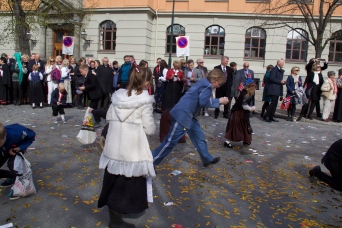 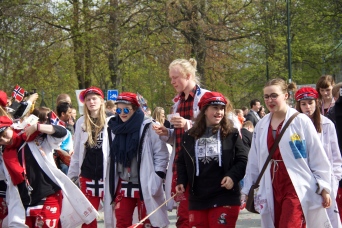 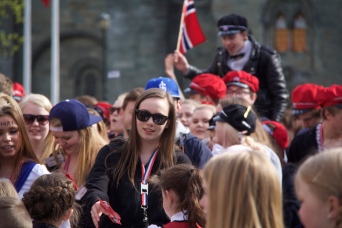 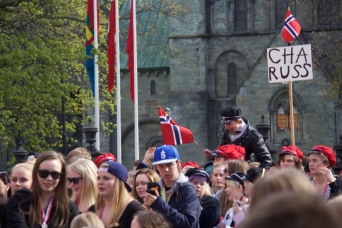 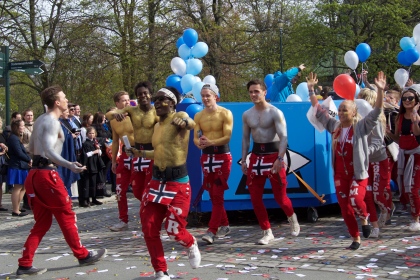 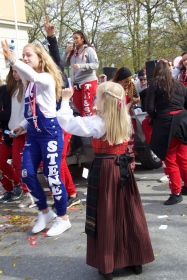 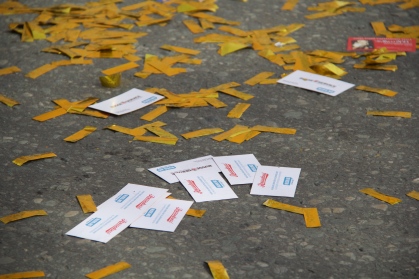 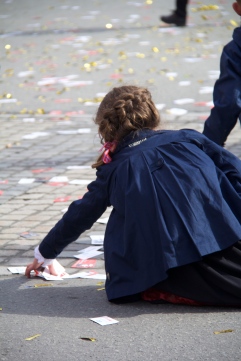 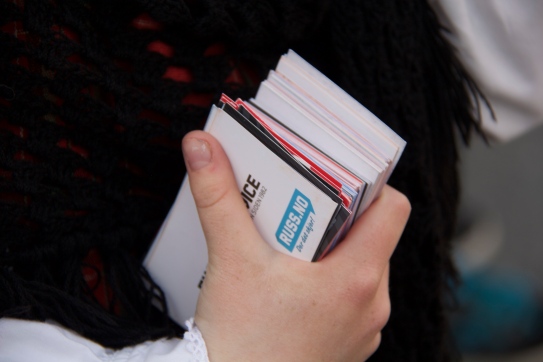 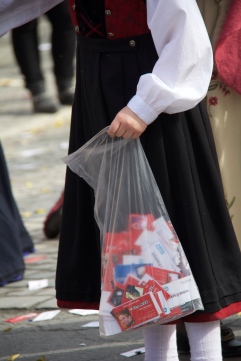