The first thing we went to was Schwedenplatz so that we could board a Ring Tram Tour. The Ring refers to the road called Ringstraße, which also happens to be where Vienna’s city walls were. The tour mostly consisted of riding a yellow tram around the Ring and listening to an audioguide point out notable sights along the way. All in all the tour took about 25 minutes. While the tour wasn’t particularly exciting, I still found it worthwhile since it pointed out some of the major sights in the city, taught us a little bit of history, and helped orient me. 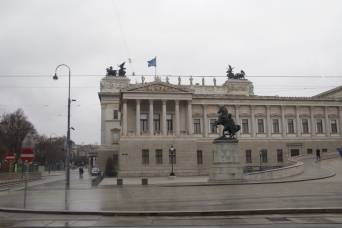 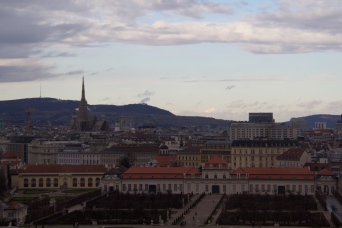 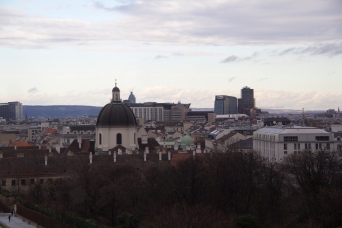 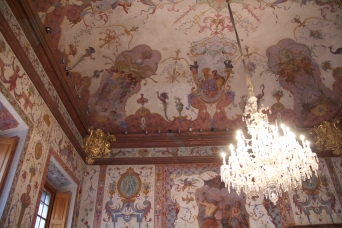 Once we had finished with the Belvedere, we made our way towards Schloß Schönbrunn, or Schönbrunn Palace. My Dad and I initially had some difficulties remembering the name Schönbrunn and so my Dad decided to dub it “Sunnybun.” The palace lies just outside the center of Vienna so we had to take the subway to get there, but it was well worth the trip. Because we were going later in the day we only had time to do a tour around the palace. The guide that we were provided with turned out to be an audioguide, and while I’m generally not a fan of audioguides, this one wasn’t actually too bad. Some of the audioguide numbers were a bit outdated, but overall it was a pleasant experience.

Schönbrunn was originally commissioned in the 17th century to serve as a hunting lodge, but under Empress Maria Theresa it became the focus of court life. Since then it has hosted a number of momentous events and notable people. Some of the rooms that we saw featured great historical events, but the majority of the rooms were the private rooms of the Habsburg family. In retrospect, Schönbrunn was one of my favorite sights.

After we were done with the tour, we wandered around the grounds and paid a visit to the Christmas market. 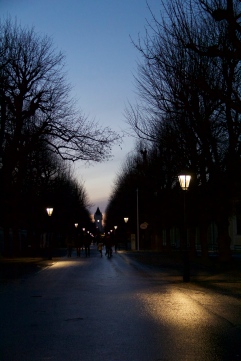 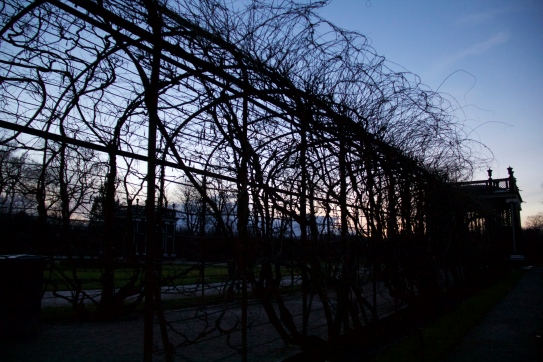 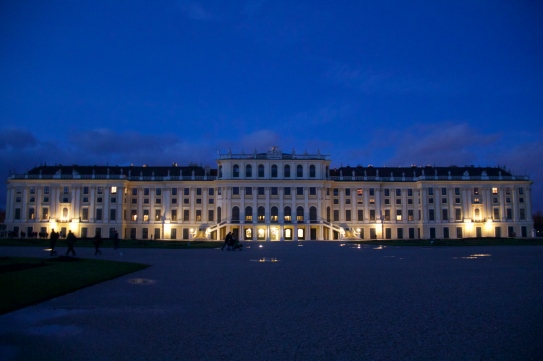 Once we finished, we went back to our hotel before coming back again for the Christmas concert. The concert primarily featured two of Austria’s golden boys, Mozart and Strauss. The music was great and to top it all off there was also some opera and ballet mixed in. So, in honor of the concert I leave you with Austria’s unofficial national anthem, Blue Danube.

One thought on “Christmas”