Throughout our trip Michael and I kept seeing pictures of animals paired with indecipherable German. Having seen these signs everywhere we figured it was a signal from the universe to go to the zoo. So, in the morning I tentatively asked Julie if she would like to go with us to the zoo. To my surprise and delight Julie told me that she 1) would love to go with us to the zoo 2) had yet to go to the Munich zoo 3) had been meaning to go there. Not only were Michael and I excited to have Julie join us, we were also in awe of her knowledge of the Munich transit system. Having Julie along also significantly reduced our breakfast ordering struggles.

At the zoo, all of us were happy to look at all of the animals, although I insisted on seeing the elephants and Julie and I insisted on seeing the penguins. Our college dorm’s mascot was a penguin so we wanted to go pay a visit. Unfortunately, Michael was out of luck since his dorm’s mascot was a cod, so no mascot visits for him. While I liked looking at all of the animals I have to say my favorite was a black monkey who really seemed to enjoy posing for the camera. Not wanting to let him down, I’ve included some of his better shots. 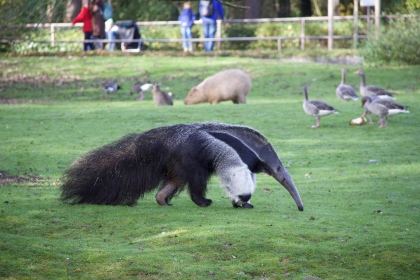 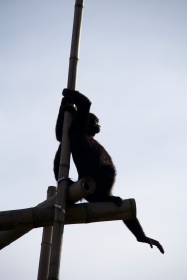 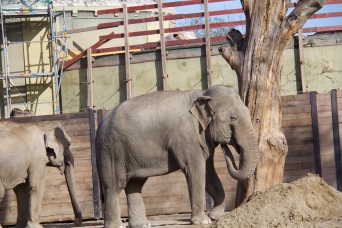 The three of us spent a bit more time walking around Munich before we saw Michael off to the airport. Afterwards, Julie and I headed back to Marienplatz and a Tripadvisor recommendation, Asam’s Church. Asam’s Church is one of the most elaborate churches that I’ve been to. Julie told me that the Asam brothers were responsible for selling things to churches, such as artwork, pews, confessionals, etc., and many of these are on display at the church. The church itself is pretty small so it doesn’t take too long to look around. The thing that impressed me the most was according to Julie the ceiling is actually flat. The painter managed to create an optical illusion so that it looks as though the ceiling is round. 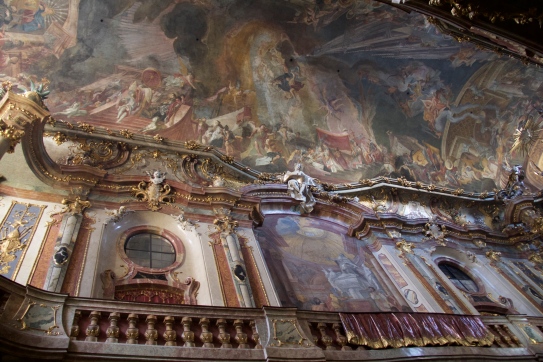 Once we were done with the church, Julie took me on an adventure to go see the Oktoberfest grounds. Here are a few of the things I learned about the festival:

While there wasn’t too much to see, it was still nice to walk around the grounds and get a sense of the sheer size of Oktoberfest. 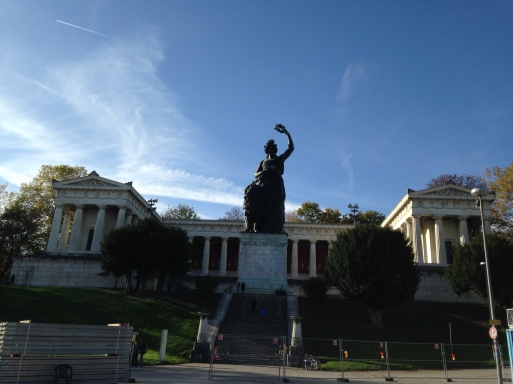 When we finished, we headed to the English Garden to grab some lunch at one of the beer gardens. Julie was in charge of ordering and got us currywurst and spezi. Curryworst is sausage in a ketchup type sauce with curry (which I was initially skeptical of) and spezi is beer mixed with fanta (which I was excited to try). As per all of Julie’s food and drink recommendations, everything was delicious. Once we had finished, Julie and I headed back to her place for a few power naps and some Skype calls with old college roommates and friends.