Today was our last day in Nusfjord so Alix and I spent some extra time exploring the town and taking pictures. 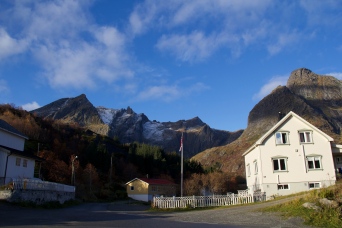 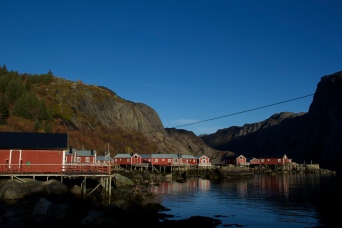 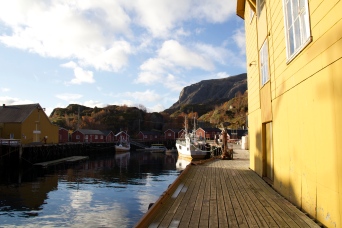 After we were finished, we hit the road heading North. Our first stop of the day was the Lofotr Viking Museum near Bøstad. The museum was built after a farmer discovered Viking relics in one of his fields. When archaeologists came to examine the relics more closely, they realized that they were on the site of a Viking Age house. Now the house has been fully reconstructed and is an impressive 83 meters long. The Viking Museum is comprised of many different parts: the reconstructed chieftain’s house, the museum, Viking rowing ship, reconstructed forge, historical garden, and several other Medieval and Iron Age settlements. Unfortunately, most of this was closed since Alix and I arrived during the off season. We were however able to take a look around the museum and the chieftain’s house. The museum itself was surprisingly uninformative but Alix and I enjoyed wandering around the museum and having a look in the Viking house. 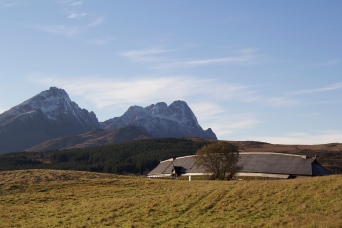 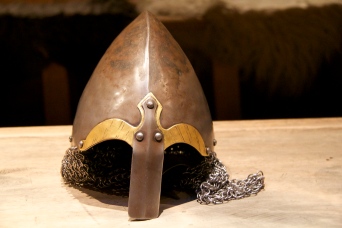 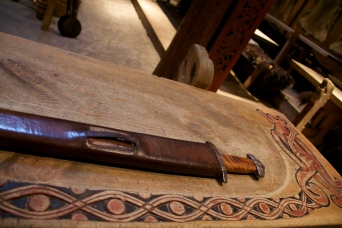 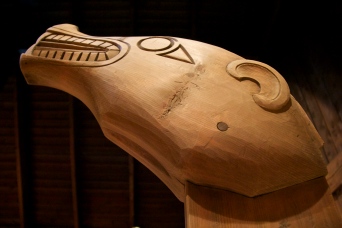 I freely admit that I tried on the Viking helmet and played with the sword. The helmet was shockingly heavy and the sword was about as tall as I am. Afterwards, we walked around the grounds and enjoyed impressive views of the surrounding area. 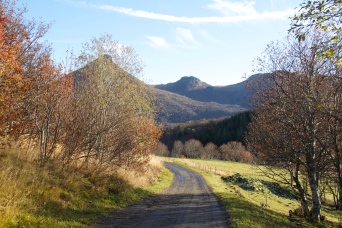 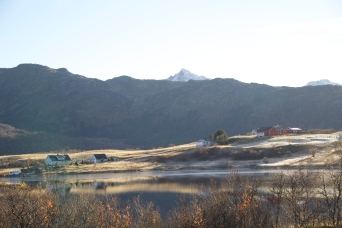 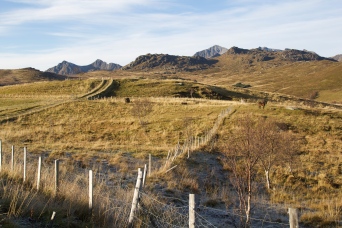 Once we were done looking around, we drove to Henningsvær. Henningsvæer is a fairly quaint town and has a small artist community that we wanted to check out. Unfortunately, most things were closed by the time we arrived but we enjoyed seeing one of the local glassblowers at work. 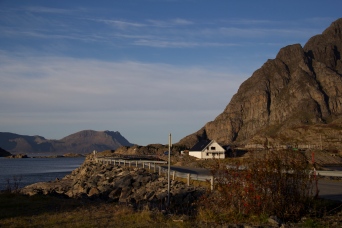 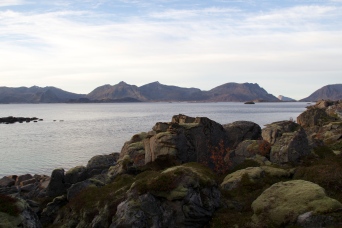 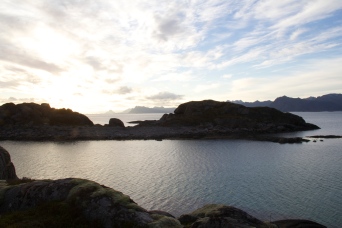 After our quick stop in Henningsvær, we drove to our final destination for the day, Svolvær. Once we arrived, we were quite happy to check into our new rorbu and settle in for the night. 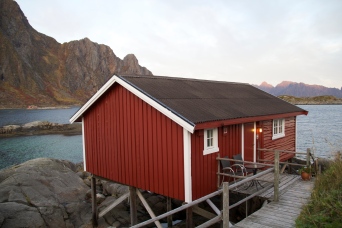